It all begins in a END_OF_DOCUMENT_TOKEN_TO_BE_REPLACED

Memory. Its erratic ways. For END_OF_DOCUMENT_TOKEN_TO_BE_REPLACED

It all begins in a Swedish furniture store. A young couple. A place where people are re-arranging their lives with new and cheap goods. Whatever they are buying – the MAN must have done something wrong, said something wrong, because the WOMAN is deeply irritated when asking: “A Baby?”. The MAN, who immediately realises that he has chosen neither the right time nor the right tone, hopelessly tries to soothe the situation: “Take a deep breath”. But the crisis has started.

The inventor of this crisis is an author and director, born in 1980. He is British, his name is Duncan Macmillan and he appears to share the quick-witted black humour which is so common for people from the British Isles. Nonetheless, LUNGS was first played in Washington D.C., USA, before it received the award for the “Best New Play” at the Off West End Awards in London two years later. After all, London, too, has a great amount of Swedish furniture stores. Whether in Tottenham or in Wembley or … It would probably amuse Duncan Macmillan, with his sharp British humour, if the dialogues from LUNGS would occur in every furniture store in the world, since he does not endow his protagonists with individual names but simply identifies them as woman and man. 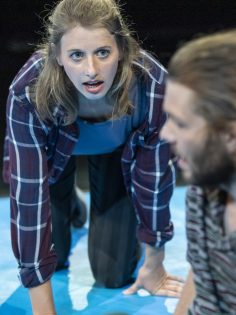 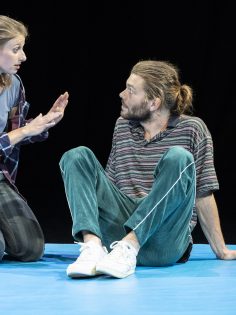 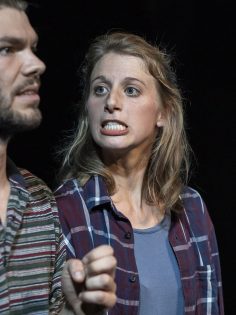 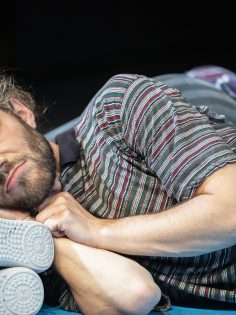