The theatrical evocation of a END_OF_DOCUMENT_TOKEN_TO_BE_REPLACED

It all begins in a END_OF_DOCUMENT_TOKEN_TO_BE_REPLACED

Actress Lina is visiting her brother Matthias who is a dedicated teacher. They have to talk: How will they deal with their mother Helga in the future? Matthias is happily married for the second time with the woman of his dreams, Katharina who was a passionate traveler and who turned down Matthias first proposal when they were students. Carl, a young documentary filmmaker who is always short of money, is a former student of Matthias and currently living at the couples place. – a desired undesired pregnancy and the health condition of the mother are putting the living conditions in motion.

The theatre project “Be Free, Always!…A Family Drama” is telling the story of two women and two men who try – being within the tense relationship of the urge for freedom, self-fulfilment and absolute autonomy on the one hand, and the necessary takeover of responsibility on the other – to plan their life.

The special feature: The four actors and actresses have successively created the play over month through a series of improvisational acting. The director has predetermined some basic constellations of characters, a background story and a conflictual situation, which are serving as starting point for the improvised scenes. With each scene, each LIVE-ACT in front of the audience the story of Katharina, Lina, Matthias and Carl evolved. Out of six hours of staged material – radically shorted, condensed and dramaturgically structured – a “weekend family saga” has been created.

BE FREE, ALWAYS! …
A family drama 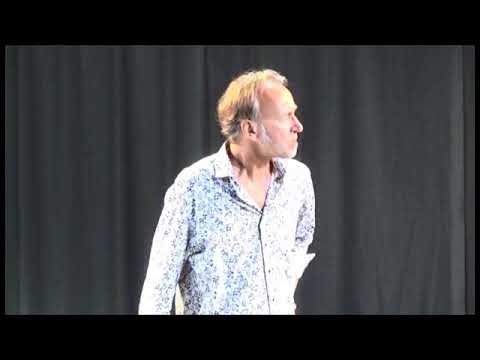 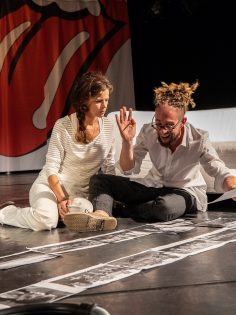 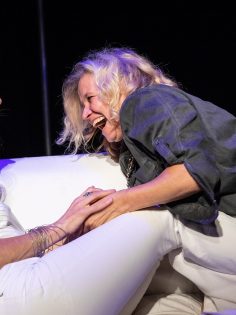 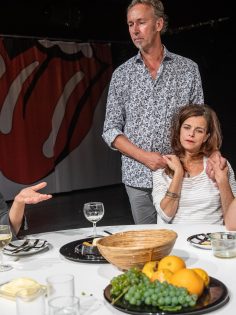